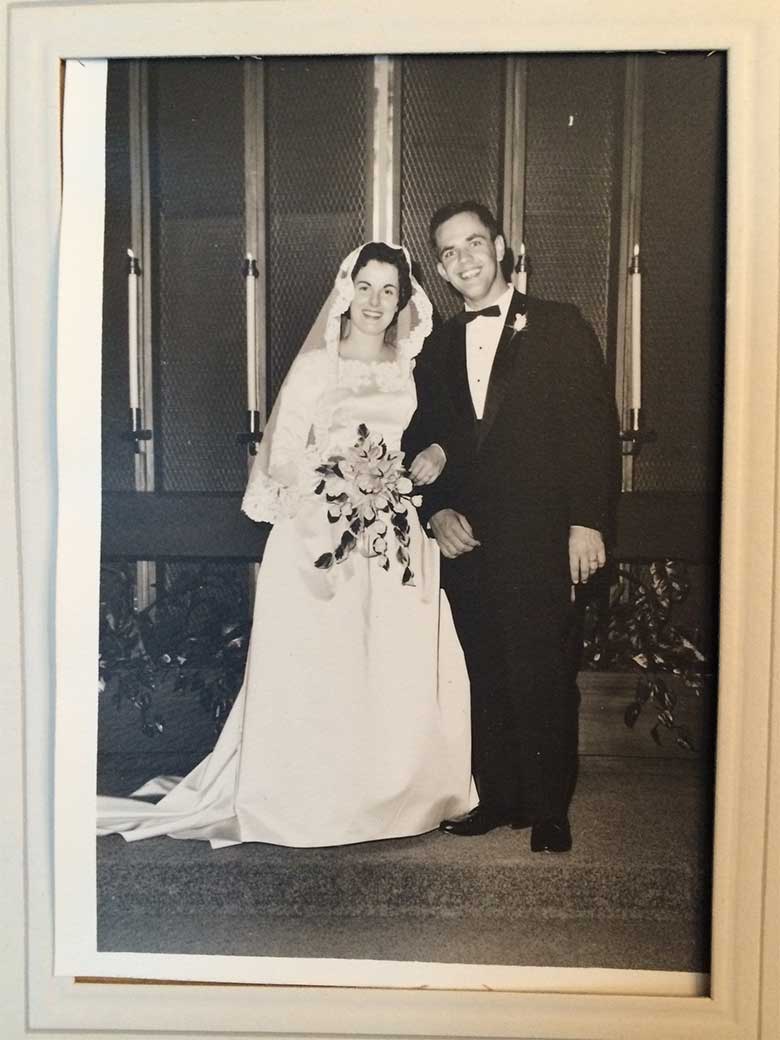 Rebecca Granados had already been married a month when she emerged at the top of the stairs wearing her wedding dress. Her third-generation wedding dress. The same dress her mother and grandmother had worn before her. At the bottom of the stairs, among a throng of people eagerly awaiting the new bride's arrival to her belated wedding reception, stood Rebecca's grandfather.

"He just had that big smile," said Cindy Eccles, Rebecca's mom. "You know how grown men don't want to cry, but they have leaky eye syndrome, as our family calls it. It was very special for him to be able to see her in the dress."

The candlelight ivory, slipper-satin dress was hand made in the early 1960s by a family friend. Its hand-sewn buttons - 30 up the back and ten up each arm - hook through tiny elastic hoops.

"Mother was a very conservative, classy person, raised in the church." Cindy said. "The elegance of the dress spoke to who she was, Classic." 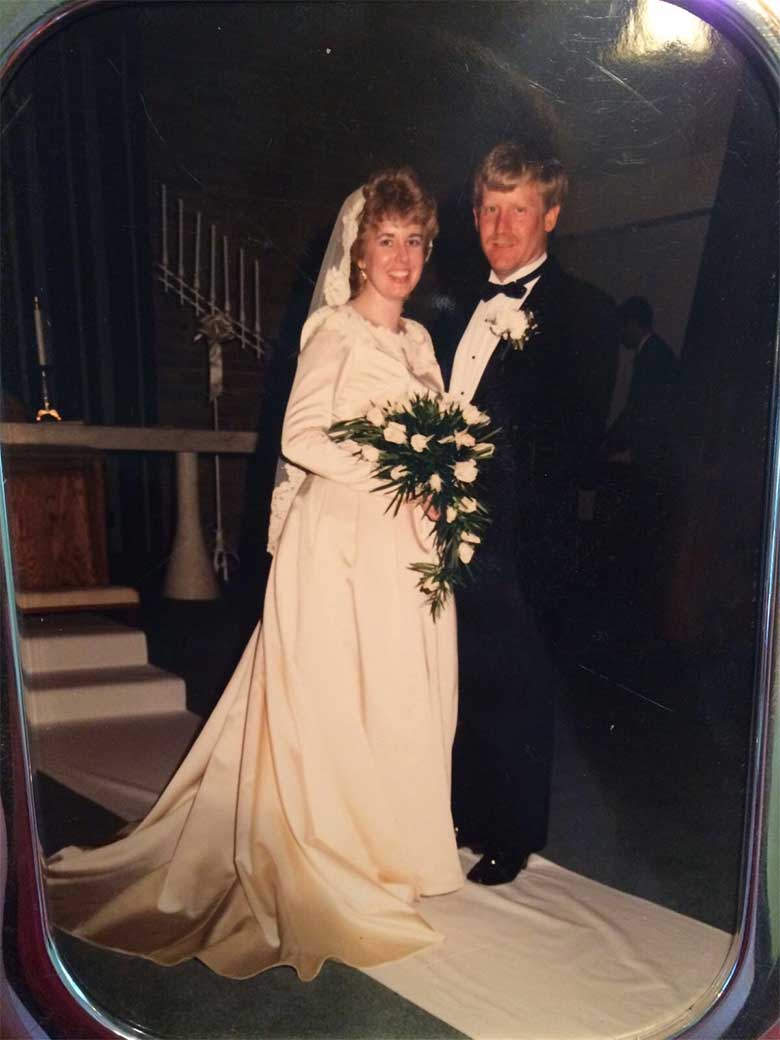 Not long before her grandmother passed away in 2009, she said something that solidified Rebecca's intention of carrying on the tradition of wearing her grandmother's dress. Although Rebecca was only 18 years old at the time, with prospects of marriage far in the future, her grandmother left her with these simple words, "I'm so sorry I won't be at your wedding."

"It was just really heavy, and from that moment I knew I really wanted to wear that dress; to have grandma be a part of my wedding," Rebecca said, despite having never seen the dress.

Then there was that moment when Rebecca thought "Oh my gosh, what if I don't like it?"

Rebecca chuckled at the thought. 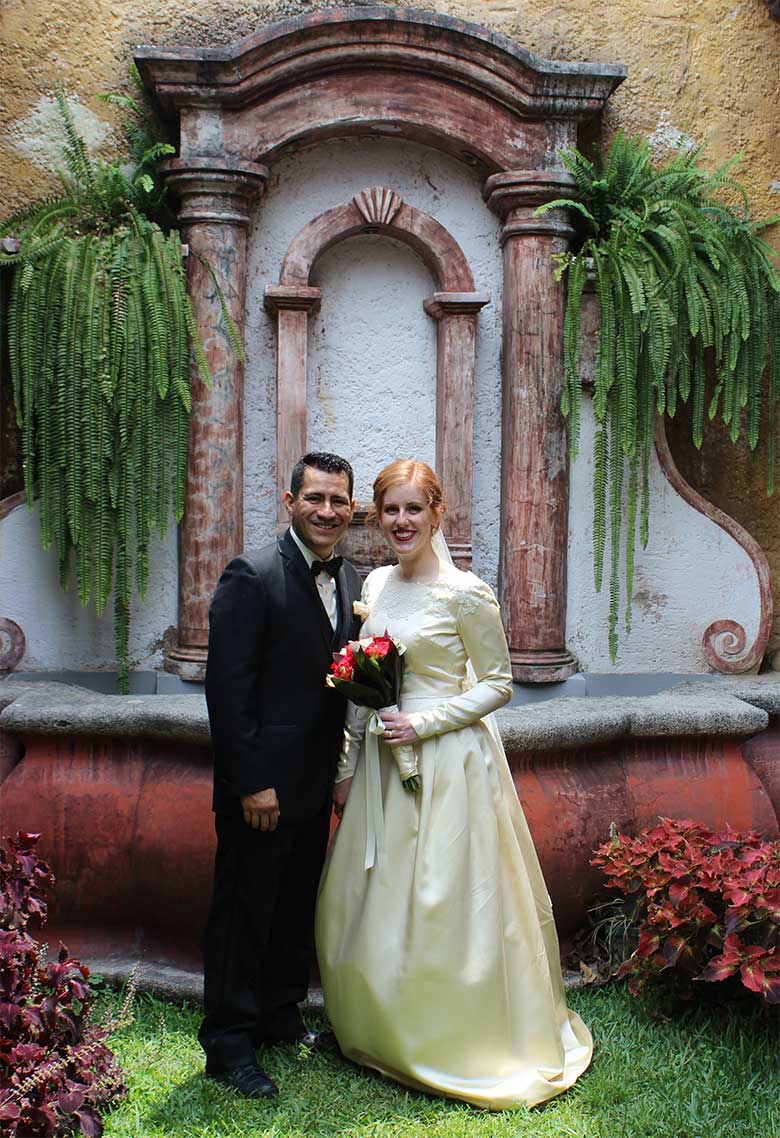 When Cindy was in high school, she had asked her mom if she could wear the dress. Cindy recalled how her mom laid out a white sheet on the bed and told her to go clean up before she could try it on.

"My mom teared up when I tried [the dress] on," Cindy said. "I didn't understand why until I saw Rebecca try on the dress years later. I remember, I said, "we have to put a sheet on the ground.'"

"We pulled [the dress] out of the box, both nervous because she [Cindy] hadn't seen the dress since she wore it," Rebecca said. "It was just perfect! It was wrinkled and dusty, but it was perfect."

The dress was so perfect, in fact, that when the mother-daughter duo took the dress to Anastasia Howard - a family friend and master seamstress - for alterations.  They discovered that the dress would need to be taken in, exactly the same amount as it had once been let out, and in exactly the same places. Rebecca was the exact same size as her grandmother when she wore the dress more than 50 years ago.

"Anastasia said it was like the dress knew it needed to go right back that way," Cindy explained.

"There was a question about whether or not it had been cleaned after I wore it," Cindy continued.

They asked around a lot before entrusting someone to clean the dress. After all, it wasn't just any dress.

"I checked with David's Bridal, they were going to send it off, and I was like, no," Cindy said. "I need to know where this dress is." 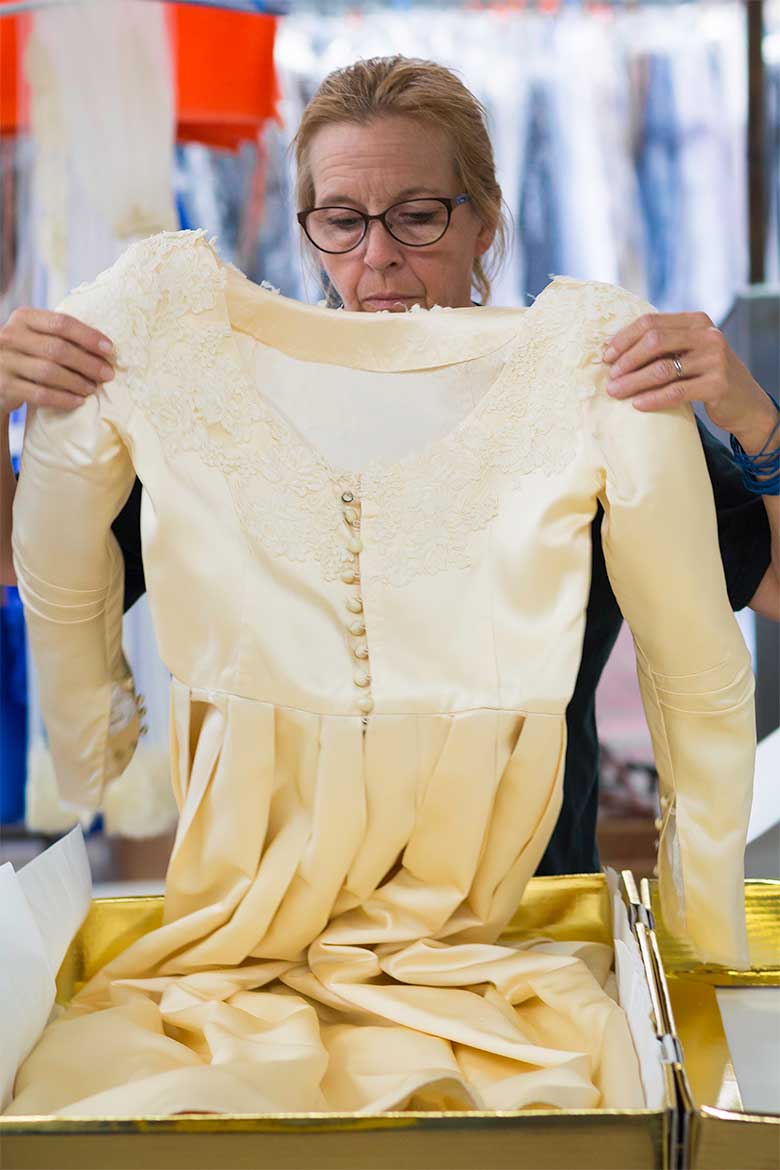 As Cindy continued her search for someone trustworthy and capable to clean the delicate garment, it seemed that everyone she asked recommended Yale Cleaners.

Cindy hugged the box that contained the heirloom dress as she stood inside the Yale Cleaners at 91st and Yale and told the story of the dress to Christine, Yale Cleaners' bonafide wedding dress specialist.

"Christine looked at the dress and she hugged me," Cindy said. "I felt like I had made a friend!"

Not long after their encounter, Christine called Cindy to let her know that the dress had cleaned beautifully, including the oh-so-delicate lace.

My dad said, "this is so exciting that I married the dress, and now I get to walk the dress down the aisle," Cindy recalled of her wedding day.

Rebecca was married in a small, intimate ceremony in Antigua, Guatemala, but indulged her friends and family who were unable to attend the ceremony with the belated reception that began our story.

Before And After Cleaning

And so it was, that Rebecca's grandfather had the rare opportunity to also see the dress bless his granddaughter.

Rebecca was married and continues to live in Antigua, Guatemala with her husband, Eric. The dress was brought back to Christine and Yale Cleaners to be preserved and now safely awaits its next dance down the aisle.