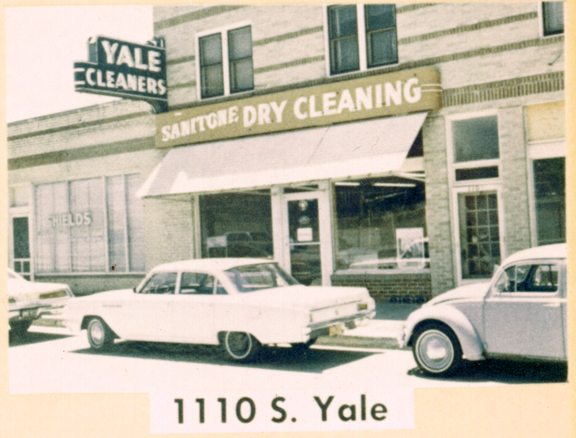 After beginning in a storefront on Route 66, two brothers-in-law joined forces to buy Yale Cleaners from founder Jim Hodges. And it’s been a family affair ever since.

In fact, dry cleaning was in the family’s blood even before they bought Yale Cleaners in 1959.

“Our dry cleaning history really dates back to the mid ‘40s when my grandfather walked down the street to the dry cleaners on Main Street in Broken Arrow and worked in the back every day until he graduated,” said John Rothrock, Yale Cleaners president and CEO. “Then, when he was 20 years old, he borrowed $10,000 from his parents and opened a dry-cleaning store just three doors down from that guy.” 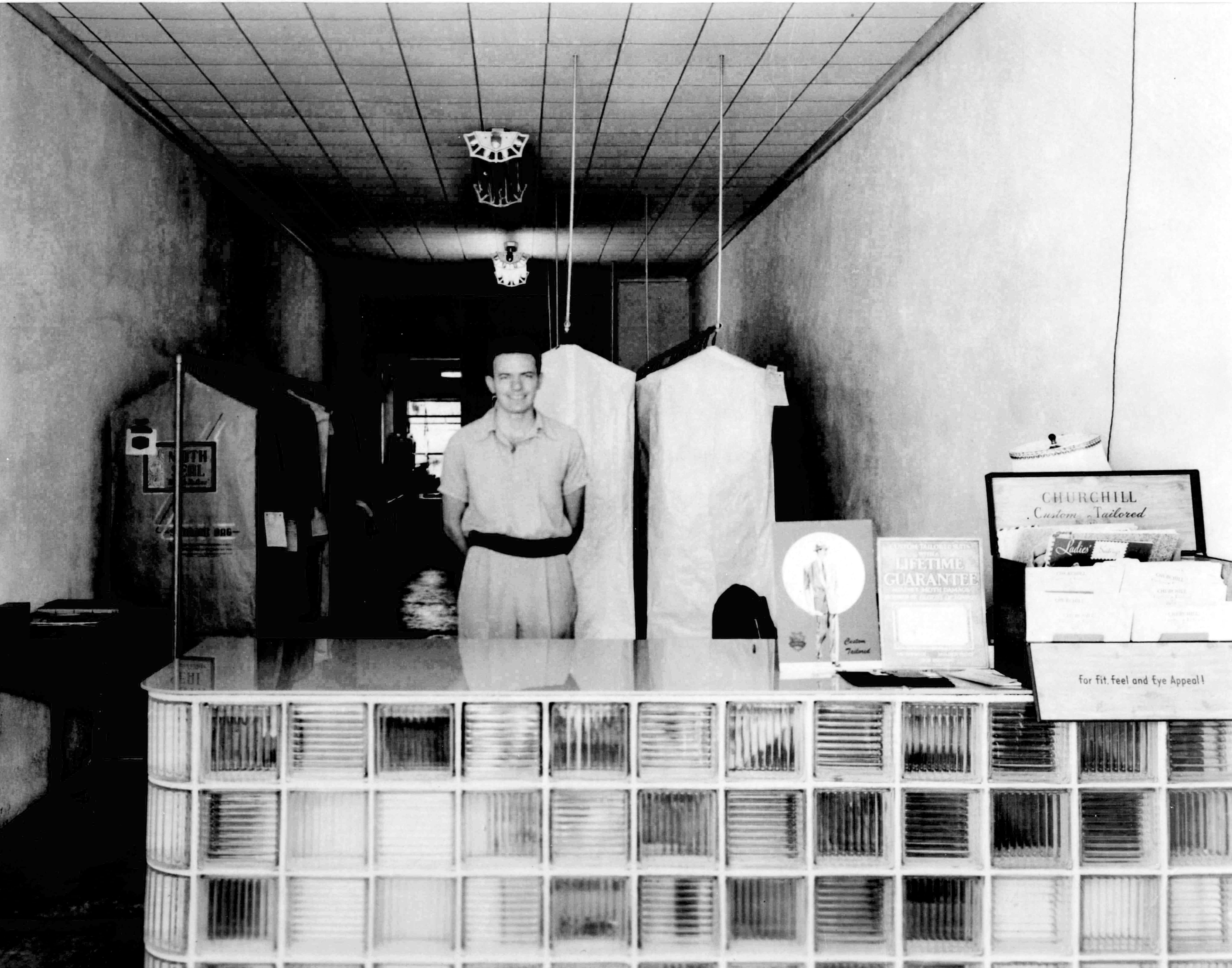 After taking over Yale Cleaners in 1959, James Stevenson, with his brother-in-law Barney Bebout – expanded the business to 22 different locations with a central production facility during the next 20 years. In the 1980s, brother Jerry Stevenson and son-in-law Bill Rothrock Jr. reinvented the company -- changing from a centralized plant with satellite stores to cleaning all garments on site. Yale Cleaners began offering same-day service and drive-thru drop off and pickup. Modern dry cleaning at Yale Cleaners had begun.

“The 1980s brought a lot of new services to Tulsa that no one had seen,” Rothrock said. “They took this company so far forward and really introduced a lot of modernization that was not happening elsewhere in the industry at the time. Today, we continue to evolve and modernize based on the company culture they built.” 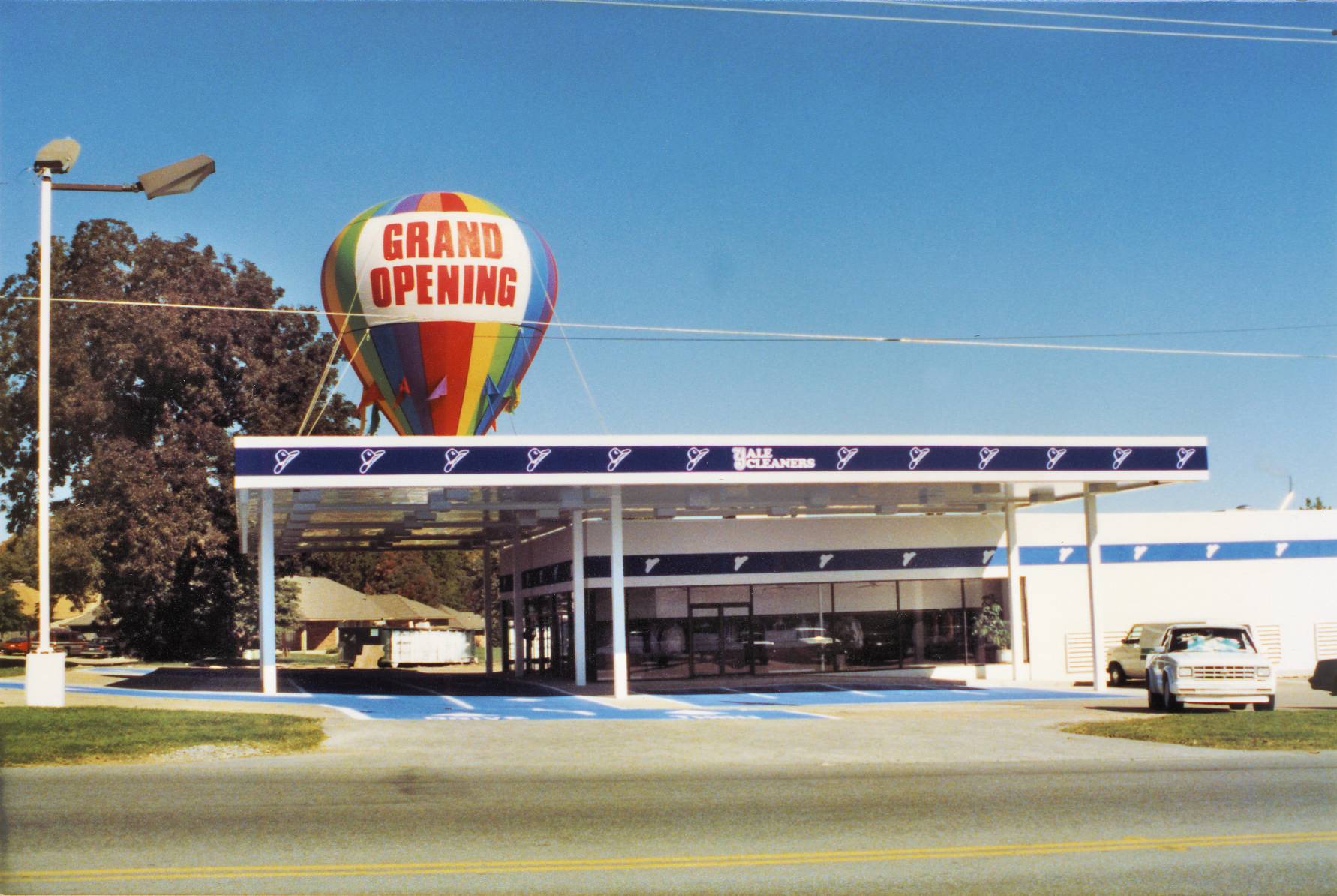 The company began with the tagline “the key to cleanliness,” but in 1979 Yale Cleaners put the white hat into the logo and coined the slogan “the guys in the white hat.” But it was more than a catchy logo and slogan, it truly embodied the company’s values and principles in how we serve customers and value team members.
Donna Wilson, Stevenson’s neighbor and friend, created the new marketing campaign. Rothrock asked her to come out of retirement in 2010 to create a special three-generations commercial. Wilson said she was humbled to see the growth and impact of the logo and slogan she helped create those many years ago.

“I asked her to write a TV spot with all the generations now working at Yale Cleaners,” Rothrock said. “We had everyone in it – my granddad, dad, me and all my siblings. And we ended with everyone in white hats and the updated slogan, the good guys.”

Rothrock’s dad was the original “guy in the white hat” and the face of the company. Many other family members have filled many significant roles throughout the years since. Rothrock’s grandmother ran the business office from the 70s through the mid-90s. And Rothrock is now in the top leadership spot, and all his other siblings also work for the business now.

“I always thought I’d be a chemical engineer like my dad when I was growing up,” Rothrock said. “I knew I wanted to work for the family business when I was going to school, but I didn’t know I would be running it. And working with the rest of my family is such a great thing as well.”

Rothrock started work with Yale Cleaners immediately following graduation from the University of Oklahoma in 2005.

“I called myself an executive assistant, but I was just my dad’s helper,” he said. “For the first two years, we remodeled stores. We did that seven days a week for two years. Then I shadowed our district manager, Lenda Schoemann, for another two years and learned the operations of the stores.”

After his mom retired, he took over her community service projects and other marketing and customer service work. However, even after his mom stepped away, Rothrock’s father has never really retired.

“My dad refuses to use the word retire,” he said. “He has retired from the responsibilities, but he is still figuring out how to make things better. He is a formidable force.” 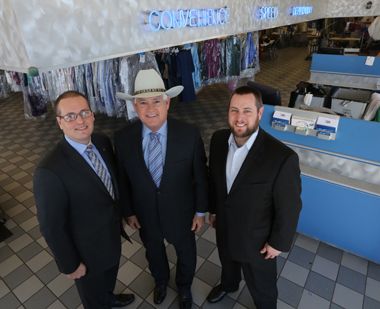 Rothrock credits each generation for creating a lasting impact on the legacy of Yale Cleaners.

“My grandfather and uncle expanded the company across Tulsa and established as a quality cleaner,” he said. “My dad, uncle and grandfather rebranded and reimagined the company, they gave us same-day operations and covered car service, just to name a few. They totally transformed us and made us better, different and modern.”

And, he says, the newest generation is not slowing down either. The company continues to build on our past success, and it is harnessing new technology to continue to advance and modernize not only Yale Cleaners but push the industry forward as well.

“We’ve added barcode technology, a smartphone app, our On My Way service, the Yale Plus Service, paperless coupons, text and email service,” he said. “We are working to add to the legacy we’ve been given and protect and grow this great company.”
And, the third-generation business is now, officially, a fourth-generation business. 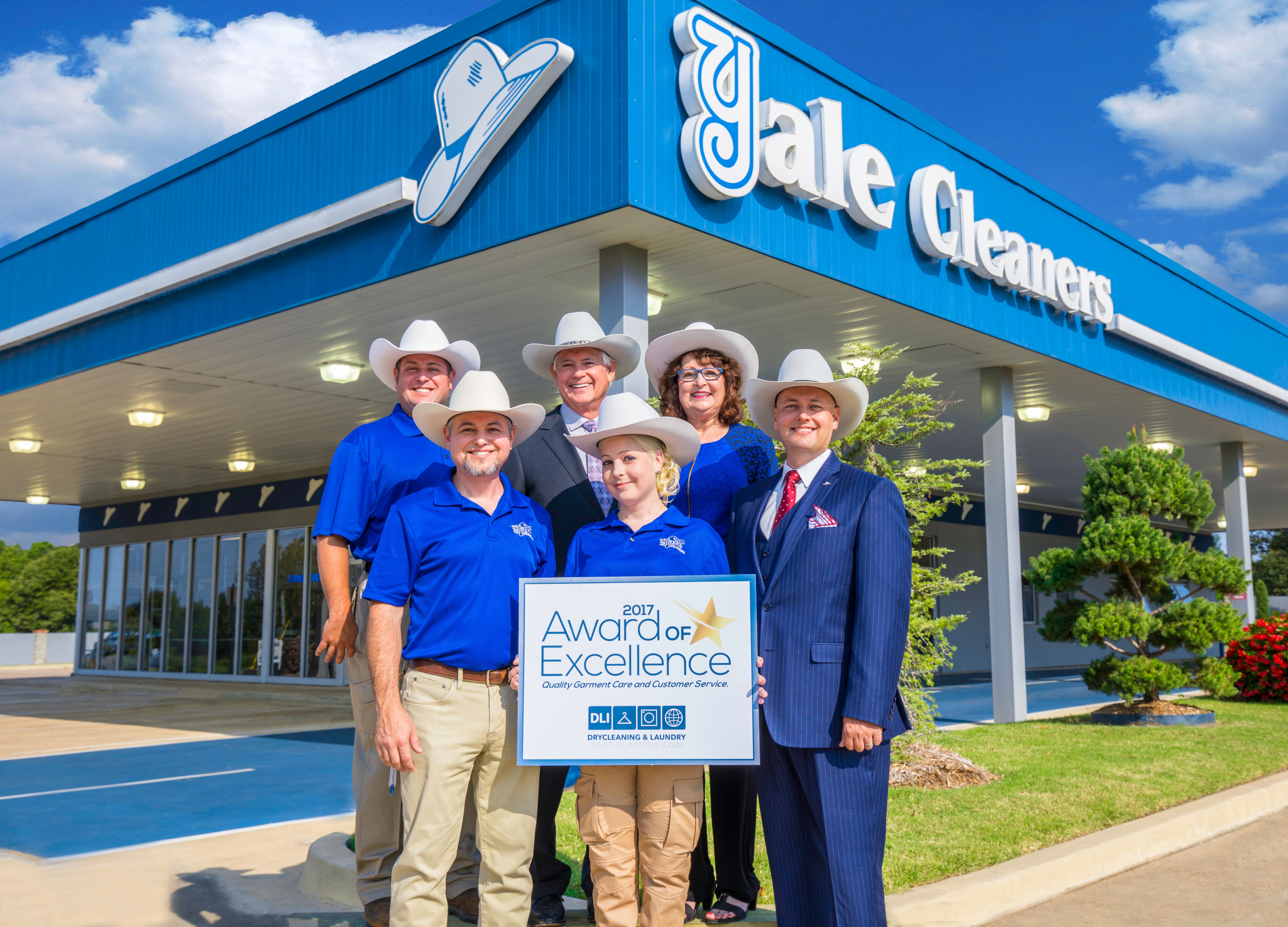 “My bother’s oldest children have joined the company,” he said. “Curt is managing the 71st and Sheridan location, and Garrison is running our Sapulpa location.”
COVID brought the company many challenges, and these two young men were given an opportunity to step up and become store manages.

“They have stepped up in a big way and are doing a wonderful job,” he said.

With three of the four generations working together, family members can be found at every level of Yale Cleaners.

“It is not without its difficulties, but we love it,” Rothrock said. “It’s what we know. We love working with each other, and we know our strengths and our weaknesses. More than not, we function really well as a team.”

And that’s because they’re family.