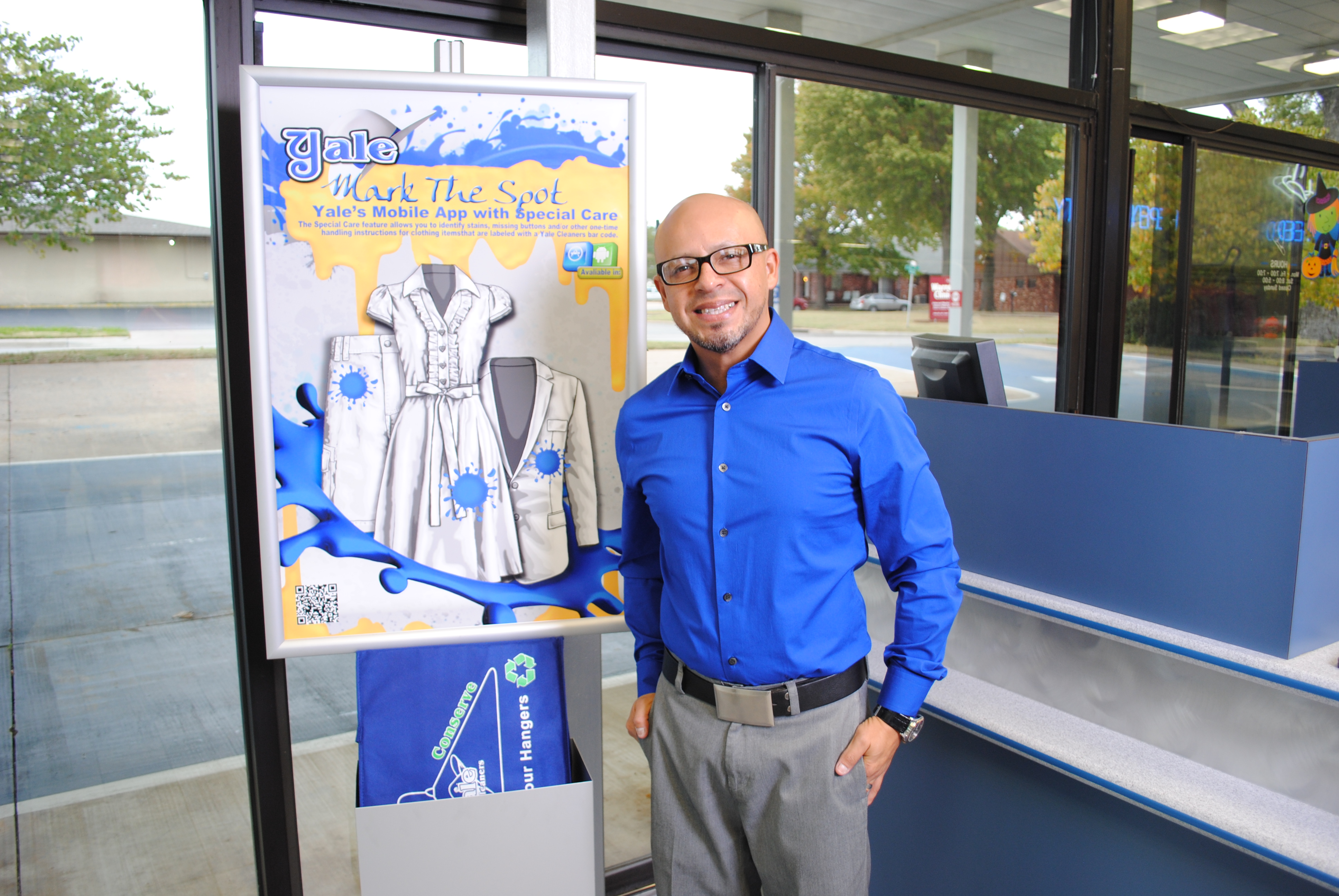 Everybody knows Yale Cleaners for their Speed, Service, and Dependability. Those things are made possible because of our amazing staff who work day after day. It’s their commitment to serving customers that has built Yale’s reputation as being the premier Dry Cleaner in Tulsa, Oklahoma and surrounding areas.

One man you may see at any of the 11 area Yale Cleaners locations is Rafael Espitia, Assistant District Manager. He has worked at Yale Cleaners for almost 20 years, and fulfills many important rolls within the company.

Rafael grew up with his first job in High School working in a chicken processing plant. Then he moved on to other manufacturing jobs. One random day while at work, he received a call from a woman named Lenda. Lenda worked with his mom at Yale Cleaners and she was in need of someone who was bilingual in English and Spanish, to translate for the company. She called Rafael and requested a meeting to see if he would be interested in working for Yale. The next thing he knew, he was leaving the manufacturing world and coming to work for Yale Dry Cleaners.

While Rafael was nervous about the transition into dry cleaning, he was also excited about the new opportunity. In the beginning, Rafael’s primary responsibilities were to translate, however, he quickly became a great dry cleaner. During his time at Yale, he has learned every job within the company and can easily jump in and help in any role. Each day is different for him, from pressing clothes, assisting customers or filling in as the manager. His favorite thing about working for Yale Cleaners is, “it’s something different every day.” He likes that it’s not a mundane job where he does the same task day after day.

A typical day for Rafael includes waking up early and making sure each and every store opens on time, and is fully staffed. By 9:30 am he can see if any stores might need additional support processing clothes, this helps ensure Yale Cleaners can always meet our in by 12, out by 5 promise to customers. After that, he may need to translate information for our Human Recourse Department or between staff members.

Over the years Yale has had up to 200 employee’s that need translation services, so this is no easy task. He loves translating for employee’s, but also admitted that it is the hardest part about his job. Translating can quickly get him in the middle of a conversation with sensitive topics, but he always rises to the challenge with a positive attitude and professional manner.

When you ask Rafael where he sees himself in 10 years, he will tell you “I wouldn’t want to be anywhere else. I left once and came back because I know this is where I am supposed to be.” His proudest moment was a couple years ago, when Yale Cleaners President, John Rothrock told him he was “Fabulous.” He said hearing that made him feel like he was “better than just good at his job” and that he knew he was making a difference for the company, team members, and customers.

In his free time, Rafael can be found spending time with his family, either going out to dinner or entertaining at home. Sunday’s are his favorite day of the week because he gets to spend the day with Prada, his beloved rescue dog. He saves his errands to places like Lowes, so he can bring his dog along with him. He also grocery shops every Sunday, and always buys fresh flowers to enjoy during the week.

Yale Cleaners is proud of our very loyal team members, like Rafael. The hard work and contributions made by Rafael each day make him a true dry cleaning and laundry expert. 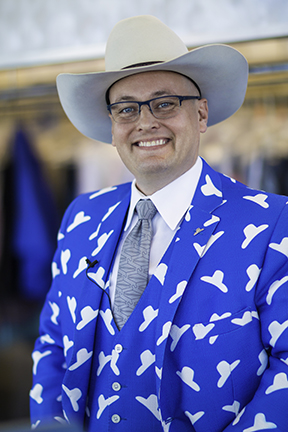 John Rothrock, CGCP
John Rothrock is the President and CEO of Yale Cleaners, a local family business focused on providing high quality, same day dry cleaning with exceptional customer service. He earned a degree in Business Administration in 2005 from The University of Oklahoma. John is a graduate of the Drycleaning and Laundry Institute and is a Certified Professional Drycleaner (CPD), Certified Professional Wetcleaner (CPW), and a Certified Environmental Drycleaner (CED). Having all three of these certifications makes him a Certified Garment Care Professional (CGCP), a distinction held by few people in the dry cleaning industry.